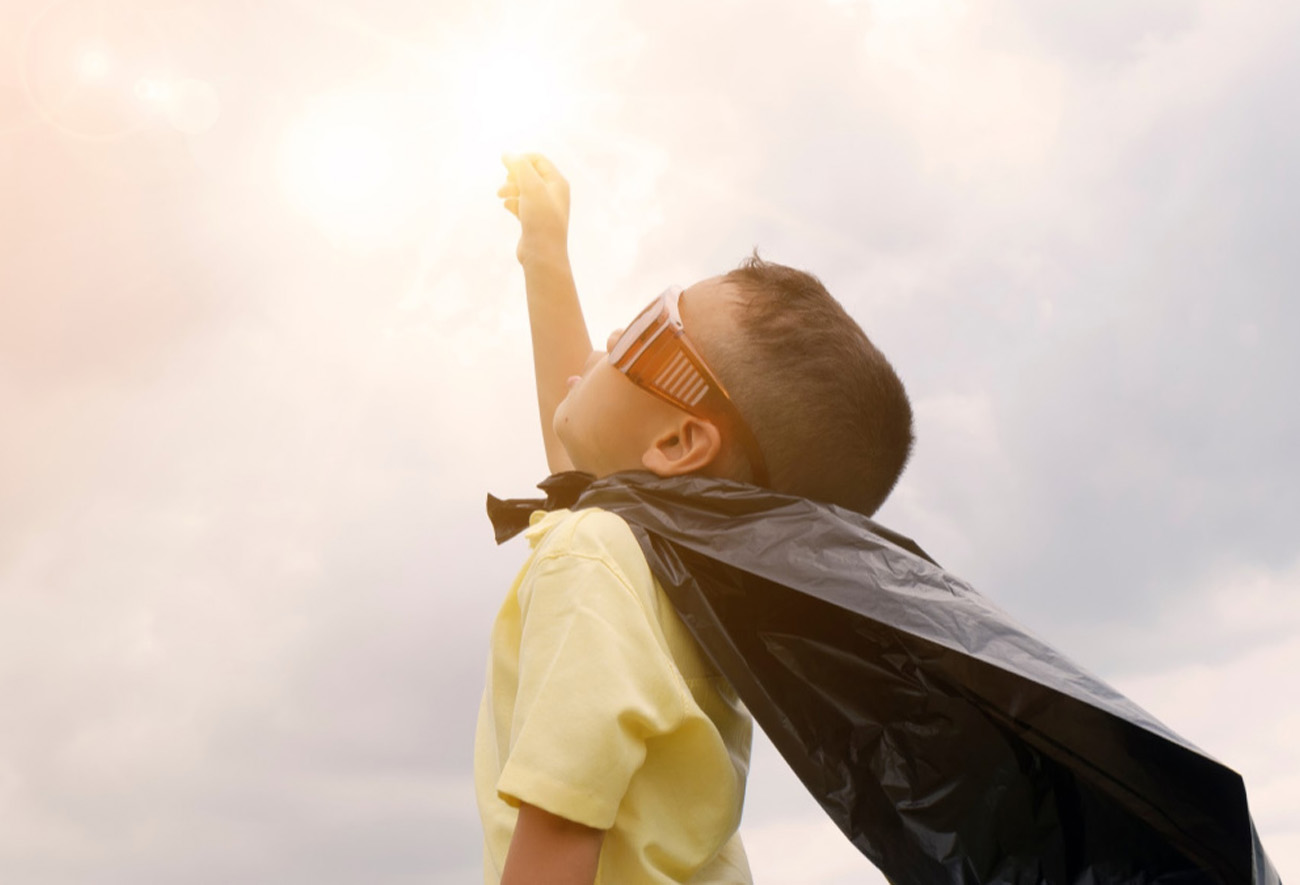 A child’s point of view is magical. We have all heard the term “childish innocence.” I hear this term, and I think of the movie “Under the Tuscan Sun.”

Catherine, one of the main characters who is an out of work actress, says over and over again that the man who “discovered her” told her that the secret to life was never to lose your childish innocence. In the first six years of life, children function mainly from their subconscious mind. The subconscious mind is a mysterious place. It is a place of creation where magic can truly occur. The reality a child creates in this part of the mind becomes their reality. It is their world of imaginary friends, fairies, daydreams, and endless possibilities. When in this phase of development, children assume that others can see, hear, and feel exactly what they do. Jean Piaget, a Swiss psychologist, referred to this as egocentrism. Egocentrism refers to an inability to understand that your point of view may be different from someone else’s. A child believes that everyone believes what they do…why wouldn’t they?

Around the age of seven, our conscious mind begins to develop and becomes a filter, so to speak. We slowly realize that our external environment may be more real than our internal one (a sad day!). We begin to become influenced by what other people say, do, and think about our actions (or inactions). It makes logical sense that at this point, egocentrism should disappear. We begin to realize that other people have their own opinions and outlooks just like we do, so one would think that we would begin to understand that our viewpoint is not the only one out there. For most people, this is the case.

Egocentrism can be a good thing. For example, part of egocentrism is the belief that if you very much want something to happen and it does, that you caused it to be so. It is a belief that you can create your world without any interference from outside forces. Although this actually is true, according to quantum physics (see future blog post on vibrational alignment), the part of egocentrism I want to touch on here is the inability to see another person’s point of view.

Our world is changing. Every major system in our world (political, education, economic, etc.) is shifting at its core. When systems that involve many people are not working, sometimes the only way to shift those systems is for them to break down completely to be rebuilt. When those of us involved with the systems do not make this shift, an outside force most certainly will eventually do it for us. That is what we see now with COVID-19. Many of us knew this was coming. Our planet is shifting, which means the people and systems on it must also shift to survive.

Change is not the most favorite thing for most people. They resist it with whatever means they can. Change is uncomfortable, and when things change, usually US changing is what follows. Change takes work. It is easier for most to fight against the change than to go with the change and shift with it (maybe not the easiest route, but definitely the shortest!).  This is where egocentrism comes in…

When we believe that our way is the “right” and “only” way and refuse to take anyone else’s viewpoints or opinions under consideration, that resistance causes a rift in the shift. It is like a train going 100 miles per hour and then slamming on the breaks, gaining speed again, only to slam on the breaks another time. The poor train will take forever to get where it is going …not to mention the wear and tear on the train! There are a lot of opinions flying around out there at the moment. I personally have never witnessed our society being so extreme on both ends of the spectrum on so many topics in my lifetime.

What I want to leave you with is this…everyone’s opinions matter. We all have a right to our opinions. But when we take those opinions, believe they are “right” and “above” anyone else’s, vocally and physically attack others who do not share the same opinion and cause other people harm because we want to force our ways and opinions on others, so they are all “like we are” so we don’t have to change…that causes a problem. This creates a fear-based society, a lot of emotion, and a ripple effect of fear-based behaviors that take a momentous event to stop it. The adult in me wants to scream, GROW UP! Stop acting like that egocentric child that only can see things from their own viewpoint. At least a child has an excuse because the part of the brain needed to do this is not yet developed…adults do not have that excuse.

How do we get rid of our own egocentric attitudes? Open your mind by taking a moment to consider where someone else may be coming from. Try to understand them and look at the situation through their lens. A lens of a healthcare worker who witnesses first-hand the pain and anguish COVID-19 is causing has a much different lens than someone who sits in their house all day, only watching accounts of it on the news. If you do not understand someone else’s lens, ask. COMMUNICATE! At least try to understand. Be honest about your own behaviors and aware enough to understand how what you say and do affects others.

Our thoughts and actions, big and small, affect everyone we come in contact with in our lives. Pretend each person you meet is someone you deeply care about and wish only the best for in life. Let that attitude drive your actions and words. After all, sticks and stones may break our bones, and names do indeed hurt us…whether we admit it or not.

Time Does Not Always Need to Be Filled