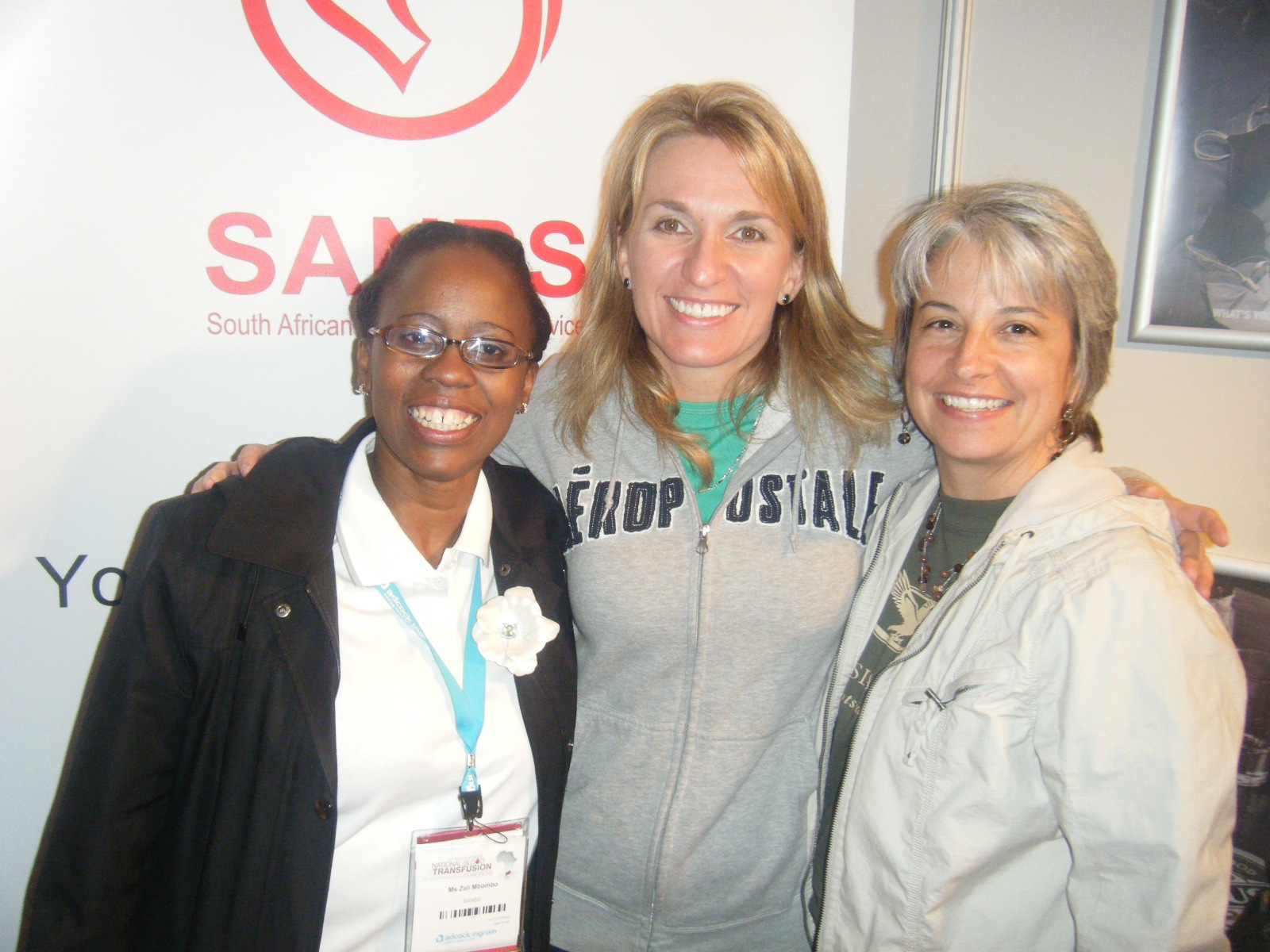 This morning was our last day at the Birchwood Hotel in “JoBerg” (we feel we are natives now so we can call it this  J ).  We had breakfast with Zali, reminisced about the week and the fun we had with everyone and the total success of the Congress.  We visited the Congress area before we left to say our good-bye’s.  When we returned to the hotel, Tina and I bought some last minute gifts from John, who had an area where he was selling various handcrafted African artworks.  Since we spent quite a bit of money with him throughout the week, he gave us each a beautiful hand-crafted beaded keychain, again, showing the hospitality and pure giving-ness of the people here in this country.

I have been teasing Tina all week about her name memory.  She has called people by the wrong name most of the week (Simon became Sam-Gerard was Jerald-Angelo became Alejandro and Scott became Sam! – obviously Sam made a good impression on Tina – except for when she called Sam, Simon!)  but somehow remembers what key to use on the keychain of 85 keys we just got when we checked into our B&B in Cape Town.  Go figure!

We were “fetched” by the Cape Town’s blood center driver (Angelo-or as Tina refers to him-Alejandro!) and headed to the Camelthorn Lodge. He stopped along the way so we could take some shots of the beautiful scenery of Cape Town.  We took some shots of Robben’s Island where Nelson Mandela was incarcerated, table mountain and a great view of the portside.

We arrived at Camelthorn and were greeted by Marcus.  He showed us around the B&B and gave us the ring of about a 1,000 keys we needed to get in and out of our “cottage.” Unfortunately, as beautiful as the B&B was, we ended up switching to a hotel that morning because we had no internet access and we did not want to disappoint our “fans!”

We had dinner at a Mozambican Portuguese Restaurant called “Toni’s.”  Every item on the menu started with “Toni’s…”  Like Toni’s Peri-Peri Chcken, Toni’s Seafood Spaghetti, Toni’s Sticky Toffee Pudding!  We had a great time eating outside and enjoying the coastal breeze.

Tina with her Kahlua and Coffee and our Sticky Toffee Pudding

The first thing we plan to do tomorrow is head to a Pharmacy to get some “Essentiale.”  We know you are wondering what that is..so were we.  We were told it was a great natural “liver de-toxicant” and Tina – since she is missing a gene for hearing and remembering names-thought the gentleman said…wait for it… “lover intoxicant” (watch out April!).  She immediately wanted to run to the store but then was gravely disappointed when she realized it was “liver” not “lover!”  (Note to self –Think twice about sleeping in the same bed with Tina after she takes this!)